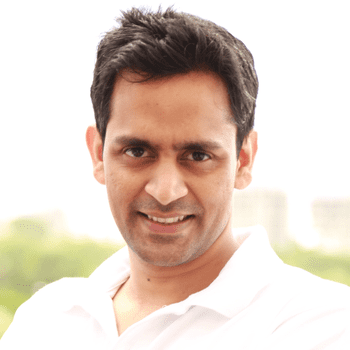 Enabling my team and modern professionals everywhere to succeed. Every day.

Do you have questions for Nikunj Verma?

Log in to ask Nikunj Verma questions publicly or anonymously.

Our next online meetup is on 10th Jan!

We now are approaching 500 members in this community. Things are getting heated up!

2020 is here and many remote jobs will open up soon.

But are you ready?

Topic: How to get a great remote job and be successful at it?

We know it's Friday night, but we needed to accomodate our guests who are joining from different timezones. And remote is all about adjusting and making things work, isn't it? :)

Please comment below if you are attending or not.

Liked by Rakesh Roy and 7 others

Have some suggestions for CutShort or for The Remote Movemement community?

Hope you joined the first meetup.

If you have any suggestions on how to remove friction from remote work, do let us know in the comments!

The Remote Movement has begun!

Our community has just started and already has 200 members. This is the first online meetup for the members of this community to know each other.

Register for the meetup here: https://cutshort.io/a/remote-meetup-comm

This event is an online equivalent of a casual physical meetup. We will say hi to each other, take an overview of remote opportunities and hear from some folks who have been working remotely.

CutShort team will also discuss their initiatives to connect people with remote jobs. Be ready to give feedback!

From next meetups, we will try to invite some experts who can help people address some specific gaps that remote workers typically face.

Liked by Chirag Dodiya and 10 others

Things you need to understand and overcome as Indian remote developers

This is a good thread to understand some of the common complaints of people who worked with remote workers in India (mostly software developers) : https://news.ycombinator.com/item?id=19876248

Some main themes I identified:

Timezone difference is just too large to make it efficient. I routinely have to wake up very early my time or stay up very late just to have meetings or calls with teammates in India. This isn't a 3 hour difference like hiring in the U.S. remote. I literally have some calls that start at 10:30pm and others that at times start as early as 5am. This is a huge barrier to most companies and teams. This is why you are starting to see a lot of remote job ads with a +/- timezone difference.

I see a lot of Indian CVs that are just filled with buzzwords. When I see "J2EE certification" I get a sense that the person is not really passionate about the technology and is simply writing a CV that they think has the best chance to pass the HR filter at TCS

There are cultural differences that reflect poorly on Indians, particularly around not wanting to look bad. For example it seems Indians are very reluctant to say "we're behind on this task and will not finish by Tuesday" or "I don't understand your second point - are you saying that the user shouldn't see it until they are logged in?" or "Wait, I've never heard of RabbitMQ - what's that?"

"How is your accent? I literally cannot understand many Indian people (who were born and raised in India, thus developing their accents there), and I suspect I'm not alone. Are the interviewers asking you to repeat what you said, or to get closer to the mic etc.?"

Inability to make decsions without supervision

I found working with really good people in India, they still struggle to task switch and handling disparate tasks as is very typical in many early stage and smaller companies. Where this becomes less of an issue is with large multi-national corporations because those companies will have highly specialized positions which fits better. This isn't about intelligence or capability, just how one culture works vs the other.

US companies are worried that you will steal their intellectual property. This is true to some extent of any remote employee, but particularly with a country where it is very difficult to take someone to court for breach of contract.

What do the folks think about these?

Hope you have updated your profile picture, title and social profiles. Also, do connect your Telegram to get timely alerts.

A short intro will be great along with your experience (if any) of working remote. Try to include your speciality area, companies you have worked at and location.

Liked by himanshu vaishnav and 2 others